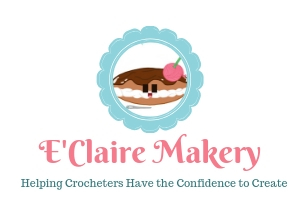 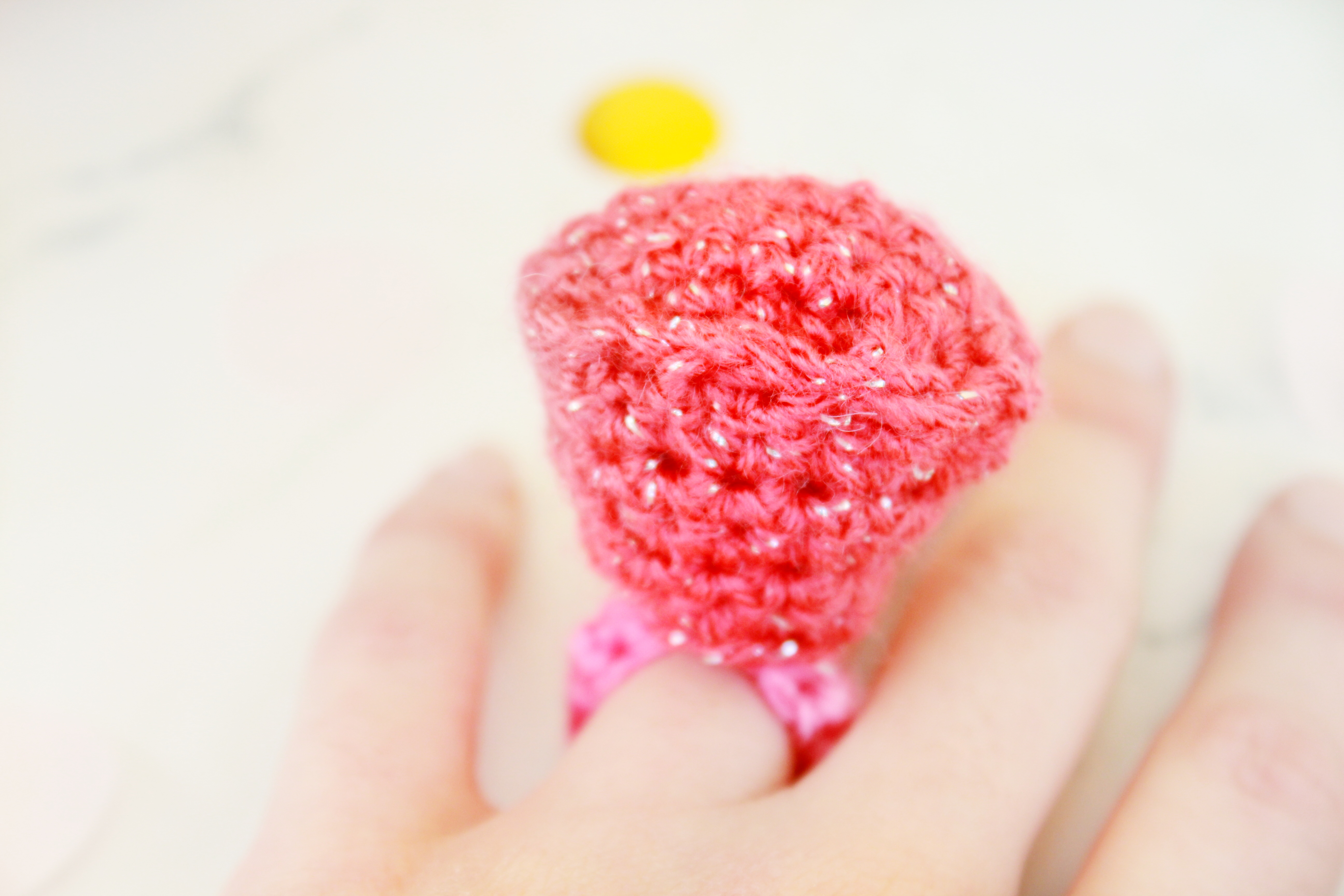 Today is my wedding day, friends! This special day is finally here and I am so excited that I can hardly contain it! To celebrate my wedding, I’ve created a candy Gem Ring inspired by Ring Pops, those candy lollipop rings that were so much fun to get as a kid. I remember eating these when I was younger, and loving the fact that I got to wear and eat the candy at the same time. I wanted to make sure that this crochet candy gem ring would be able to be worn too! Prepare for a long post, because I’d love to share some of my love story with you!

Though I won’t be wearing this ring at my wedding today, I will be receiving another ring that is even more special. I am beyond excited that I get to marry my best friend today! For a long time I honestly thought that no one would want to marry me because of my chronic pain and stomach issues that I have. I believed that since it was so much work to take care of me on certain days that I would be too much of a hassle to marry. Then Stephen came along. We first met in a college bible study, where my first impression of him was that he was a nice guy and it was cool that he liked kids since he was coming from AWANA where he led games with different kids. His first impression of me was that I was cute, had a lot of bible knowledge, and was so out of his league. With those impressions of each other in the back of our heads, we didn’t have many interactions beyond seeing each other in our friend group.

After a year of knowing each other, we started becoming better friends and found that we really enjoyed each other’s company! We were drawn to each other in some way, even though we didn’t realize that we liked each other. Then, on our Christmas break, Stephen was at home in Fresno but came back into town where I was for jury duty that he thought he had. He invited me to come hang with him and two of his friends that came along with him, and we all ended up hanging out for over 10 hours. It was so much fun! The whole time we were hanging out, in the back of my head I kept thinking that I liked him, but I didn’t want to feel that way since I didn’t know if he was interested in me or not. He was such a friendly and nice guy that I knew he treated all girls that nicely. He kept pursuing me though that day, and doing little gestures to show that he cared about me. I kept telling myself that it was just because he was nice. Trying to protect myself and all that, haha.

At the end of our time hanging out, I decided to invite him to a trip to Universal Studios Hollywood that some of our friends had put together. I was going to be the only single one on that trip so I wanted someone else to come along and be single with me. He said it sounded like fun, we hugged, and then he left to go back home for the rest of break. At the end of the next day, he texted me to ask me if I was ok that we were going to be the only single ones on that trip. I said that I was if he was, but in the back of my head I was nervous that he was friend zoning me. Then, the next day he texted me saying that he wasn’t ok with it because he wanted it to be a date. Wait, what??? I was so surprised and happy! He said that he realized how much he liked me and would love to get to know me better on a date. He’d even drive the two and a half hours back into the town, where I lived and he went to college, for a special date.

After Christmas he came back into town, and we had our first date together hiking by the ocean nearby. We had never spent time just one on one with each other, so I was a little nervous about if we’d get along then too. I had nothing to worry about though, because as we talked we learned that we had almost everything in common! We both had been homeschooled, loved reading, were major nerds, had the same views on everything, and even both had had major surgeries. I told him about how I had a bunch of health issues and that if he didn’t want to pursue dating me more because of that I totally understood. He told me that it was a nice try to scare him away, but that it didn’t scare him at all because he had major back surgery for scoliosis so he was very familiar with health issues. I was so amazed that he wasn’t afraid of my problems, and we’ve been together ever since and are continually learning how perfectly God made us for each other.

(This post may be sponsored or contain affiliate links, which means I may receive a small commission, at no cost to you, if you make a purchase through a link. See my full affiliate disclosure here.)

Fasten off and leave a tail for sewing to the side.

Fasten off, and leave a tail for sewing. Sew both short ends of the side piece to each other. Then place the top piece on top of the larger side of the ring, and sew on. The shorter side will be sewn onto the band.

(You can adjust the band to be whatever size you want by chaining the amount of chains that fits around your finger. This is the amount that I did to be a size 4 1/2.)

Sew Gem to band as pictured below and then you’re all done!

I hope that this Gem Ring Candy can be as special for you as it is for me. Maybe you could make it for someone you love and it’ll brighten their day! If you’d like to receive the 31 Days of Candy free crochet patterns delivered directly to your inbox throughout the month of October, sign up for my newsletter here and receive a new one each day. If you missed any of the other free crochet patterns you can get them in the 31 Days of Candy section on my website. If you’d like to share your makes, make sure to tag @eclairemakery and use the hashtag #31daysofcandy to share your makes with everyone. See you tomorrow for day 25 of the 31 days of candy!

Save it For Later

If your ears are anything like mine, then they’re always getting cold. Whenever…

If you need a quick and stylish accessory to add to your wardrobe, then the…

Hi, maker! My name is Claire Goodale, the designer and yarn addict behind E'Claire Makery. I love creating and sharing crochet designs that help you make the handmade items of your dreams!

E’Claire Makery is a member of the Amazon Affiliate Program. As an associate I earn a small commission from qualifying purchases.